On 5th August, I travelled back in time. Around 16 years, give or take a few months.

The reason? I opened and read the first page of ‘Harry Potter and the Philosopher’s Stone’ for the second time in my life, the first time being in July 1999, when I was 11-years-old.

ENTERING THE WIZARDING WORLD
‘Harry Potter and the Philosopher’s Stone’, the first book in the ‘Harry Potter’ series, was released in June 1997. This was followed by ‘The Chamber of Secrets’ a year later. However it wasn’t until book 3, ‘The Prisoner of Azkaban’, was released that I started reading them.

When it comes to books, I have two particularly strong memories. One is the first time I read ‘The Lord of the Rings’ (on a coach to Disneyland Paris after watching Fellowship at the cinema) and the other is finding the ‘Harry Potter’ books that my mum had hidden.

In July 1999, Mum and I had been in London for a few days and ‘Harry Potter’ fever was in full flow. Perhaps it was because my parents thought I wouldn’t like the series, was too young or another reason, but I hadn’t read any of the books at this point.

Imagine my delight at returning home and finding the first three books stashed in one of the cupboards in our living room. Mum was good at surprising me like this; another memory from when I was around 11-years-old was when she hid a rabbit Beanie Baby in my suitcase when I was away on a school trip during the Easter holidays.

AN ADULT’S VIEW
I’ve always enjoyed everything ‘HP’. I read all the books and queued with friends to buy the last book, ‘The Deathly Hallows’, when it was released in 2007. I watched all the films at the cinema and visited the Warner Bros. Studio Tour in 2013.

Bizarrely, though, I’ve only read the books once.

After recently re-watching the films, I thought it was about time to remedy that. I’ve still got all my books, some with my (fairly neat) childhood handwriting adding on the titles of the other books as they were released.

After finding the books in the attic, I opened and read page 1 of ‘The Philosopher’s Stone’, and I thoroughly enjoyed it.

When you read something for the first time your imagination creates a picture of what the characters look like. Reading the books again, it’s difficult to not picture Daniel Radcliffe, Robbie Coltrane et al, but this isn’t diminishing my enjoyment.

Whether I still keep this level of enjoyment remains to be seen, especially when I tackle the 250,000+ words of the beast that is ‘The Order of the Phoenix’… 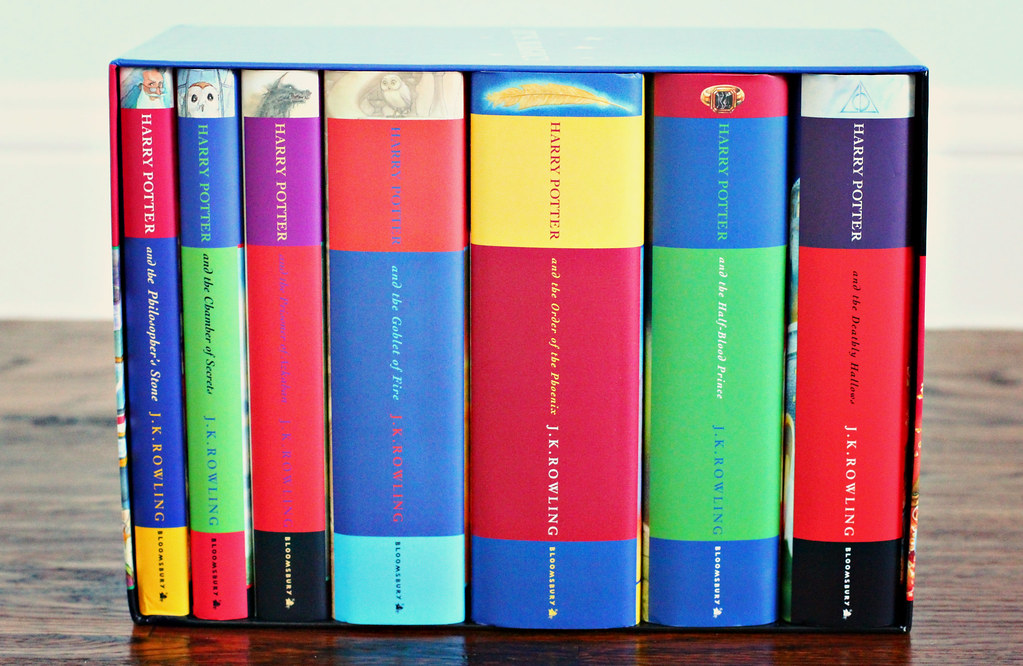 6 thoughts on “Harry Potter and the Magic of Time Travel”