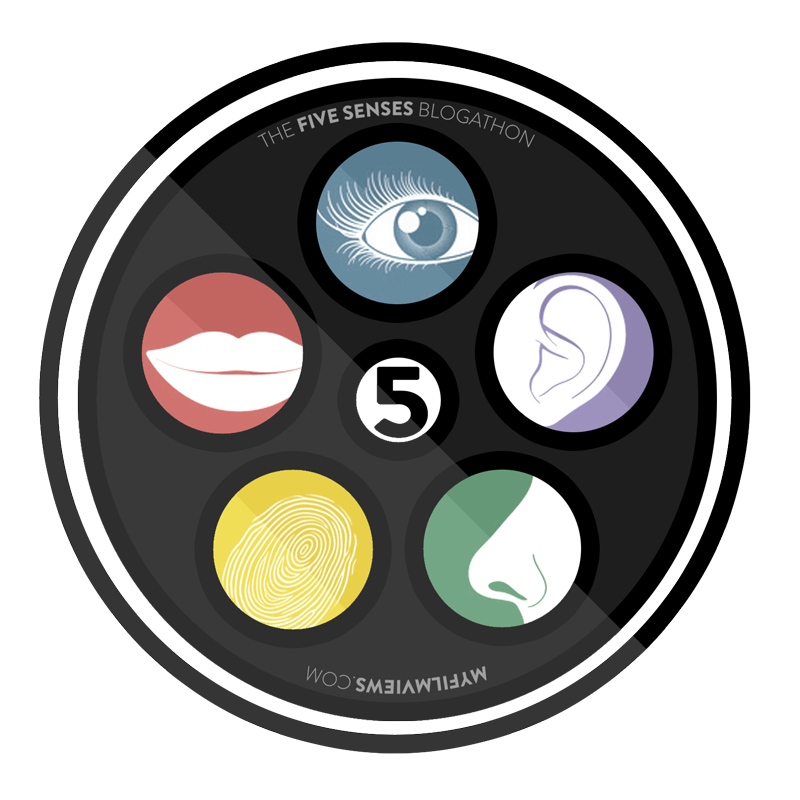 This blogathon is the creation of My Film Views, Karamel Kinema and MovieInsiders, exploring what film association you have to each of the five senses, as Nostra explains:

For each of the senses you will have to describe the movie related association you have with it. This can be a particular movie or even a scene, but also something having to do with the movie going experience (so for example the smell of popcorn in the theater).

TASTE
The association I have with this isn’t my own but it’s one that I was a witness to and has always stuck with me. The year was 2007, the film was Sweeney Todd: The Demon Barber of Fleet Street, and my friend and I decided to watch it at the cinema.

The film was mediocre, with the way it was shot far surpassing the vocal talents of the leads, and it’s my friend’s reaction after the film that I remember more than the film itself.

For those unfamiliar with the story, Sweeney Todd is a murderer who has a novel way of disposing the bodies. Enter Mrs Lovett, an equally unstable opportunist who needs some fillings for her meat pies. It’s a gruesome tale and one that would understandably leave you queasy.

Not my friend, though.

We’d caught a late showing and on leaving the cinema he announced: “I could really eat a meat pie now.” With shock, I asked him: “Did you not watch any of that film we just saw?”

It turns out that whenever my friend watched a particularly blood-thirsty film he’d always feel peckish afterwards. You might have thought that’d put me off him a bit, but we actually went on to live with each other. Happily, all my body parts remained intact… 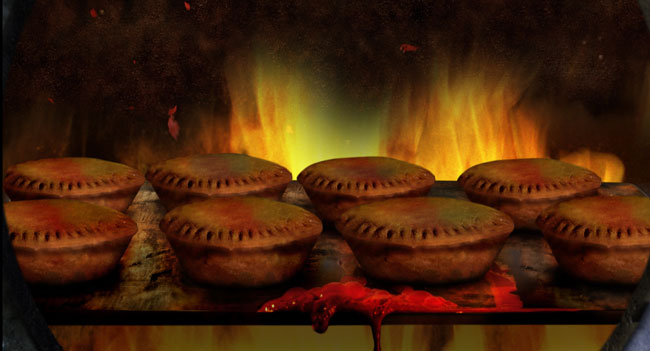 SOUND
As you’ll have seen from my recent posts, I’m a big fan of music scores. There are many OSTs and original songs that I enjoy, but there’s one in particular that comes to mind. Ever since my first viewing of it, some 15 years ago, I have known, word-for-word, David Bowie’s ‘Dance Magic Dance’ from Labyrinth.

The film is very much a product of its time and is one that I enjoy coming back to. Be warned, though: ‘Dance Magic Dance’ will take residence in your brain and every time you hear those opening chords, the words will be out your mouth before you know it!

SIGHT
One of the joys of film is that it gives life to an idea and someone’s imagination. Sometimes, especially in the case of book-to-film adaptations, what you’ve always thought something would look like doesn’t match what’s shown on screen. Sometimes, it looks exactly or exceeds what you thought.

When the Fellowship arrived in Lothlórien in The Lord of the Rings: The Fellowship of the Ring, the forest was what I’d imagined it to be like but even more beautiful, more delicate and more ethereal.

I was willing the camera to pan around and show more of this wonderful place. As the Fellowship moved you caught glimpses of distant rooms and lights, and more than anything I wanted to be transported into the frame and explore.

There have been many more occasions when I’ve felt like this, but Lothlórien remains my favourite.

SMELL
I left this association until last to answer, as there wasn’t anything specific that came to my mind. There are two films that are choices for pleasant and unpleasant smells. At the delicious end of the scale would be Charlie and the Chocolate Factory, for obvious reasons. At the other, avoid-at-all-costs, end of the scale is another pick from Labyrinth: the Bog of Eternal Stench. Rumour is, if any part of you touches it you’ll smell terrible for the rest of your life…

Hoggle: And you wouldn’t be so brave if you’d ever smelled the Bog of Eternal Stench. It’s, it’s…
Sarah: Is that all it does, is smell?
Hoggle: Oh, believe me, that’s enough! But the worst thing is, if you so much as set a foot in the Bog of Stench, you’ll smell bad for the rest of your life. It’ll never wash off.

TOUCH
Watching a film at home is a very different experience to watching it at the cinema. The cinematic experience is a fantastic one, and one that I thoroughly enjoy: the gigantic screen, the surround sound, and the very real feeling of being ‘on the edge of your seat’ for certain films.

However, being at home and curling up on the sofa with your favourite drink, favourite snack and favourite watching partner is equally enjoyable. In my case, my two-seater sofa is set to ‘recline’ with my boyfriend and I wrapped under the duvet, the dog lying on top.

While the visuals and sound is most important for the cinematic experience, comfort is of the utmost priority at home.

3 thoughts on “The Five Senses blogathon”