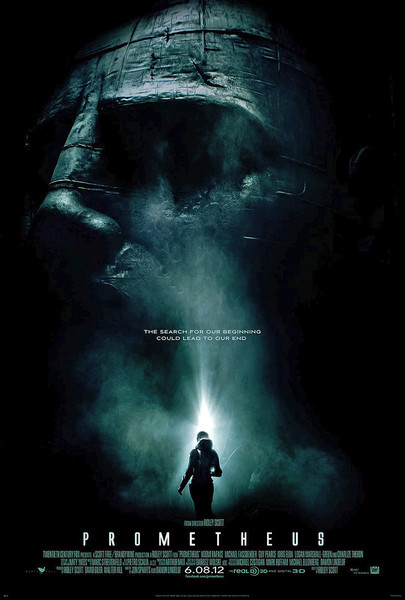 Relatively speaking, I’m a newcomer to Ridley Scott’s epic sci-fi masterpiece, having only seen Alien, Aliens, Alien 3 and Alien: Resurrection for the first time last year about 18 months ago. Since Alien was released over 30 years ago, it has taken me a long time to get round to watching it. The reason why I’m telling you this is because while I did enjoy and appreciate the films, my Alien knowledge isn’t very deep, and for this reason, rightly or wrongly, I went into Prometheus viewing it more as a standalone sci-fi film than a direct relation to Alien. 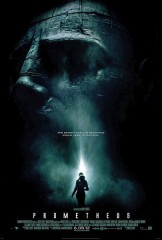 With that out the way, here’s what I thought of Scott’s latest offering to the sci-fi genre. Featuring a supremely talented cast made up of the likes of Michael Fassbender, Charlize Theron and Noomi Rapace, Scott had assembled a dream team to accompany his audience into space. Though Rapace takes the lead as archaeologist Elizabeth Shaw, Fassbender stole every scene as the android David. In some respects, I was expecting this would happen. Fassbender has a charismatic screen presence and, when he’s also putting on such an intriguing, eerily calm accent, it’s hard not to be captivated by him.

That isn’t to say that Rapace falls flat, though. The Swedish adaption of the Millennium trilogy where Rapace took the lead of Lisbeth Salander is on my to-watch list so the only film I have seen Rapace in is Sherlock Holmes: A Game of Shadows, which I have to say I was disappointed by. In my opinion, it didn’t match its predecessor in any respect: Holmes and Watson’s relationship wasn’t as enjoyable and I couldn’t engage with Rapace’s gypsy, Simza.

This wasn’t the case in Prometheus. Rapace’s Shaw is very likeable and far from fragile. She’s a determined woman with strong beliefs. Comparisons with Sigourney Weaver’s Ripley are inevitable and, happily, Rapace doesn’t let the trend for strong, resourceful women fall. She is far from a carbon copy, though. 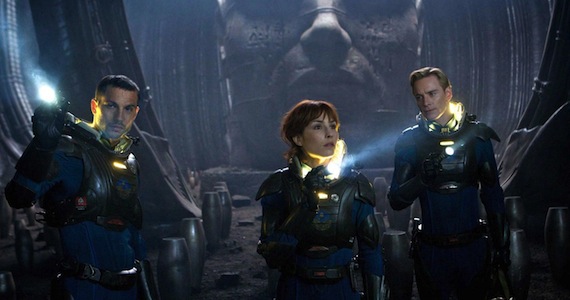 From a technical perspective, Prometheus wows in all the right ways. It is an undeniably beautiful film, which opens with panoramic views of a fertile, new world – reported as a fledgling Earth by some reviewers. These shots, I understand, were taken in Iceland, no CGI necessary. Trying to keep this review spoiler free, I will say that what is discovered on this exploration is also equally impressive. Scott certainly has a way of creating something that is beautiful yet terrifying, and these Engineers certainly command the screen.

The action shots were suitably epic with Shaw and co having to head back to the Prometheus very quickly on more than one occasion. During one memorable scene Fassbender’s David calmly and coolly rescues Shaw and Holloway from outside the Prometheus after the duo become trapped outside during a storm. David takes it all in his stride, carefully clipping Shaw and Holloway’s harnesses to his own while the storm rages on.

Again, trying to remain spoiler free, I will say that I found the story captivating. I wouldn’t say it was easy to follow – when is a sci-fi film ever? – but I did have a grip on what was happening for the majority of the time. Certain aspects of the plot I guessed a few scenes in advance, though speaking to other people that was the case with them too. That’s not to say it wasn’t enjoyable watching what I preempted unfold. Yes, there was a lot of sequel bait but, once again, that was something I did preempt.

As I explained earlier, by coming at Prometheus from a somewhat novice approach may have enhanced my viewing. I wasn’t expecting certain things to happen and, rightly or wrongly, was able to appreciate it as a standalone film.