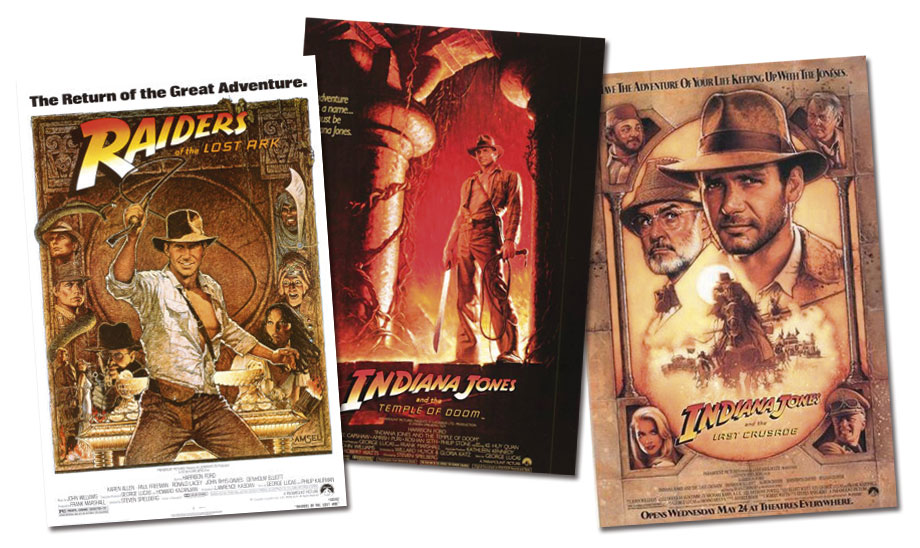 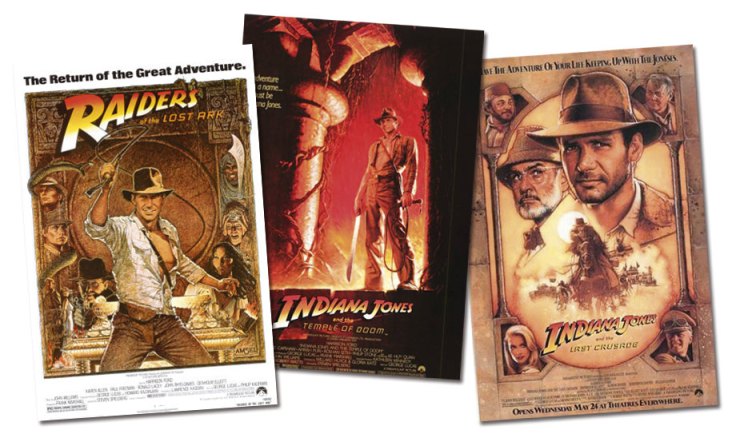 Claire If I could come back to life as a film character I’d definitely choose Indiana Jones. If I had to stay female then I would probably choose an equally sexy archaeologist, Lara Croft.

Raiders of the Lost Ark opens with Indy (Harrison Ford) exploring a Peruvian temple deep in the rainforest trying to retrieve a golden idol. He’s not alone, however, and it is then that we see the first of his many fantastic escapes. The scene then cuts to an American college where he teaches archaeology. In just a few minutes Indy has made quite an impression and has made archaeology look very, very cool.

What follows is an epic adventure that takes Indy to Nepal and Egypt where he encounters an ex-lover, Nazis and a helluva lotta fighting as he races to recover the mysterious Ark of the Covenant, a biblical chest built by the Israelites to contain the fragments of the Ten Commandments.

Max Raiders of the Lost Ark is the perfect summer action movie. Released in 1981, Indiana Jones and his quest for the Ark of Covenant set the bar for action-adventure movies. The film has countless classic set pieces including the intro in the cave to the desert chase scene, Raiders disappoints few. Harrison Ford shows the world that he is more than just Han Solo, creating a new hero for the ages. The love interest, Marion, is also the best female in the entire franchise, so that helps quite a bit. Pitch perfect pacing, great comedy segments, and memorable action scenes make this not only the best Indiana Jones film, but one of the best action movies of all time.

Claire If you want an adventure film where the hero takes on black magic, nearly eats monkey brains and has to avoid being a human sacrifice, then this is the film for you.

Undoubtedly the scariest of the three, Temple of Doom takes Indy to India where he must take on a cult and free the children of a local village that it has captured and is using as child slaves. The events take place before Raiders of the Lost Ark, and Indy is accompanied by his young sidekick, the fantastic Short Round, and by a nightclub singer called Willie Scott.

Temple of Doom is a fantastic adventure film but it isn’t as enjoyable as Raiders of the Lost Ark. Well, not for me anyway. Raiders explores Indy’s personality more, and we find out what motivates him and what other people think about him – he has quite a few devoted students! Temple gets straight to the action: it’s an adrenaline-fuelled ride set against a very sinister backdrop.

Max George Lucas decided he’d go dark with the script for Temple of Doom. It worked for Star Wars, why wouldn’t it work here? He couldn’t be more wrong. Where there was once a good balance between humor and action, all of that has been sucked out of this entry in the franchise. Other than Harrison Ford, the entire cast disappoints. The new love interest complains for the entire feature and then the kid is irritating to say the least. There are two scenes I’ll always remember from this film though. The raft survival at the beginning and the mine cart escape towards the finale. Wonderfully captured action sequences. The other claim to fame Temple of Doom has is the movie that made PG-13 become a reality. Too bad those things do not make a good movie.

Indiana Jones and the Last Crusade (1989)

Claire Indy’s old foes, the Nazis, are back but they aren’t the only people bothering him: his dad, Henry Jones Sr, is also on the scene. Played by the fantasic Sean Connery, Jones Sr is quite a character, and the relationship between father and son is great fun to watch.

The history-loving duo go on quite an adventure, taking in Italy, Germany and Hatay as they track down the mythical and magical Holy Grail. The last third is a fantastic showdown between good vs evil where Jones Sr and Jones Jr have to put their faith in each other to survive.

Max Indiana Jones is back to capture the Holy Grail. I thought the beginning of the feature with young Indiana was interesting, but it seemed to have no barring on the events in the film. Of course the memorable action sequences are back with a man on horse taking on a tank. Obviously unbelievable, but I enjoyed it nonetheless. It almost seems too easy to make the Nazi’s the villains, but I guess when you can have enemies with a flash of a symbol, why not? I did enjoy The Last Crusade more than Temple of Doom since it bought back what made Indiana a fun character. A lot more of what I was fond of in Raiders showed up here like the comedy and charisma of Indiana Jones.

Claire Looking back, during the 1970s and 1980s Harrison Ford was the epitome of cool: Han Solo, Rick Deckard and Indiana Jones are undoubtedly three of the most iconic film characters. It’s a tough call but if could only invite one of them to a fantasy dinner party then I’d go for Indy. He’s a charismatic, exciting man who would undoubtedly have some fantastic stories to tell.

In my opinion, Steven Spielberg and George Lucas created the ultimate adventure films with the Indiana Jones series. They’re perfect to watch with friends on a night in or by yourself on a Sunday afternoon. As to my order of preference, it’s got to be The Last Crusade, Raiders of the Last Ark and, bringing up the rear, Temple of Doom.

Max Raiders of the Lost Ark is a classic action movie. It is how all other summer blockbusters should be judged. That being said I made a promise to myself years ago that I didn’t need to see the sequels since they’d pale in comparison. After watching them for the first time, I’m afraid I was right. While both have things to offer including memorable set pieces and Sean Connery, it’s seems that Indiana Jones legend is greater than the sum of the films. The latest Indiana Jones film gets a bad rap, but it isn’t much worse than Temple of Doom. If nothing else it was fun seeing such a great character in new adventures.