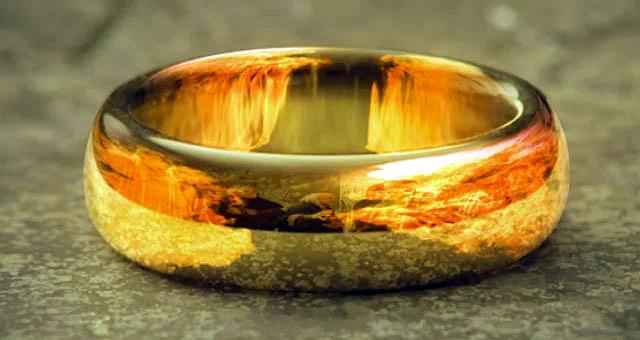 Today’s delve into the world of The Lord of the Rings and Middle-earth is all about the wondrous and fantastic items that are featured in Peter Jackson’s trilogy.

As always, leave a comment if a different treasure would have made your Top 10.

10 The Crown of Gondor
Owned by Aragorn

While this treasure doesn’t have a particular ability, it is a very powerful symbol. Shown during the coronation of Aragorn in The Return of the King, the crown means that he is the king of the reunited kingdom, Gondor and Arnor. At his coronation Aragorn became King Elessar.

Reforged from the shards of Narsil, Andúril is known as the ‘Flame of the West’. Narsil was shattered after Sauron crushed it during the Battle of Dagorlad. However, Isildur picked up the broken helm and was still able to use it to cut the ring from Sauron’s hand.

The shards were kept at Rivendell and, at Arwen’s request, it was reforged. During The Return of the King Elrond presented Andúril to Aragron with the advice that he could use it to summon an army from the Paths of the Dead.

While it isn’t exactly a treasure, lembas is pretty powerful stuff. A special bread made by the elves, it is very nutritious and can stay fresh for months. Upon their departure from Lothlórien the Fellowship was given a large quantity of it, and we often see Frodo and Sam eating it on their travel to Mordor. Gollum, however, wouldn’t eat it.

A particularly comical moment is when Legolas explains that one moutful is enough to fill the stomach of a grown man. Merry then asked Pippin how much he had eaten. Pippin had eaten much more than just than one mouthful… He had eaten four, in fact.

7 The Horn of Gondor
Owned by Boromir

A beautiful war-horn, the Horn of Gondor is an heirloom of the Stewards of Gondor. Thinking of this treasure very nearly brings a tear to my eye as I remember what happens to its owner…

There is a very poignant moment in The Fellowship of the Ring where Boromir blows on the Horn to call for aid. I can’t remember whether it is included in the film but in the book it is written that though Boromir was in Parth Galen, the final call of the horn was heard by his father and brother in Gondor.

Found by Bilbo during the events in The Hobbit, Sting is a long knife that glows blue when orcs are near – the first time we see this in PJ’s films is in The Fellowship of the Ring when the hobbits are at Weathertop. Sam briefly owned it in The Return of the King where he used it to great effect in cutting down Shelob’s webs. Fearing Frodo dead, he determinedly hacked his way through her webs and eventually made the great spider herself back away with the help of Sting and the light of Eärendil.

5 The palantíri
Owned by Sauron, Saruman and Gandalf

The palantíri are spheres that can communicate with each other. Beings of great power can also manipulate a palantír in order to see virtually any part of the world. In PJ’s adaptations we see the Orthanc palantír on many occassions. Firstly, we see it when Gandalf travels to Isengard to speak with Saruman. We also see it when Pippin, curious as he is, decides to take a look at it during The Return of the King. Finally, Aragorn uses it as a means of revealing to Sauron his true identity.

4 The elven cloaks
Owned by the Fellowship

Not only do they look good, these cloaks are incredibly used. Also gifted to the Fellowship on leaving Lothlórien, the cloaks can camouflage their wearers, which we see to great effect in The Return of the King when Frodo uses his cloak to hide himself and Sam after Sam becomes trapped outside the Black Gate of Mordor.

Given to Frodo by Galadriel upon his depature from Lothlórien, it is a crystal phial filled with water from a fountain that held the light of Eärendil’s star. To be used in dark places, Frodo and Sam both used it when they were inside Shelob’s lair. As explained in No 6, Sam used it to drive away Shelob after Frodo had been mummified in The Return of the King. 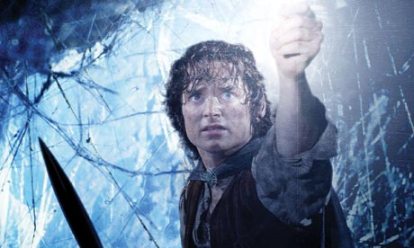 Super strong and super shiny, mithril is one of the strongest substances in Middle-earth. Mined by the dwarves in Khazad-dûm, Bilbo explained to Frodo how it is light as a feather but as strong as dragon scales. On more than one occasion it saved Frodo’s life – who can forget that moment in Khazad-dûm in The Fellowship of the Ring where it appears that Frodo has been killed by a cave troll? While it appeared that Frodo had been, quite literally, skewered by a troll, luckily he was wearing mithril.

Well, it just had to be No 1, didn’t it? The One Ring was created by the Dark Lord Sauron in the fires of Orodruin during the Second Age. It was, quite literally, an extension of Sauron as during its crafting he ‘poured’ a large part of his soul into it. Thus, as Gandalf explained, Sauron and the One Ring are one: “Always remember, Frodo, the Ring is trying to get back to its master. It wants to be found.”

In the common tongue the inscription on it reads: “One Ring to Rule Them All. One Ring to Find Them. One Ring to Bring Them All and In The Darkness Bind Them.” Sauron wished to control the other rings of power: the three that belonged to the Elves, the seven owned by the Dwarf Lords and the nine given to the race of Men.