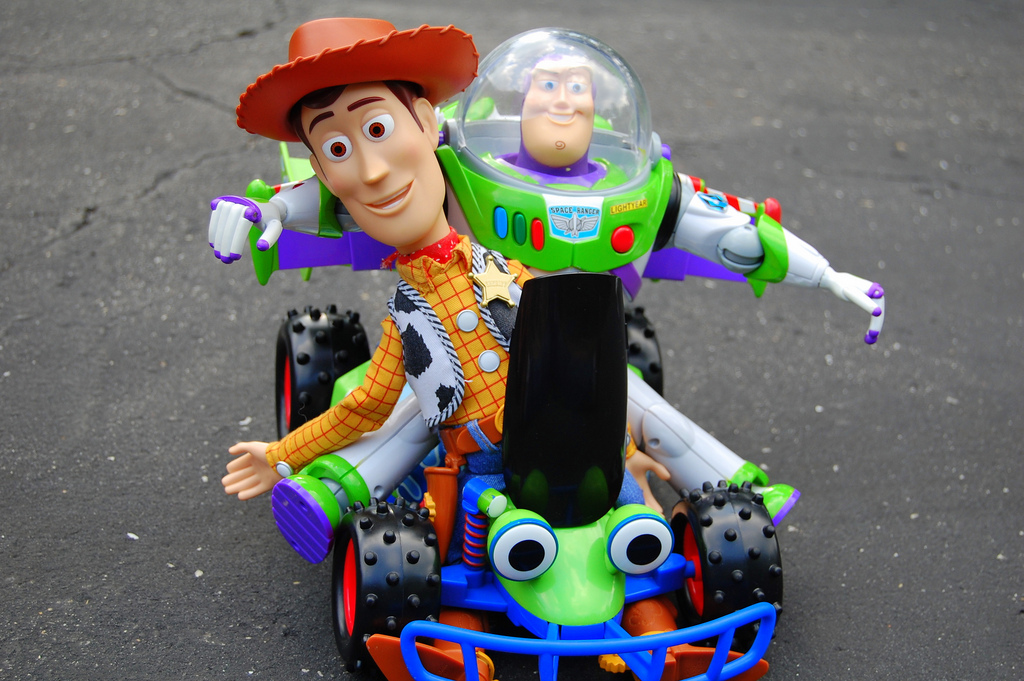 I must admit, I have only recently watched Toy Story and Toy Story 2. I never saw the films at the cinema and I have never rented or bought the films – until recently. In the run up to Toy Story 3 I decided to buy the first two films and finally see what everyone else has been talking about for the last 10 years. 10 years, now that has come quickly! Toy Story was released in 1995 and Toy Story 2 in 1999.

A film like Toy Story won’t date the same way other films will. As it is animated and was the first Disney-Pixar release and the first feature film to be made entirely with CGI, the Toy Story series will always hold a special significance in the cinematic world.

One of the reasons why I like Toy Story so much is because it isn’t tied to just one age group. A five-year-old, a 35-year-old or a 65-year-old can get the same amount of enjoyment but for very different reasons. It is about toys but Toy Story is about the secret life of toys and what happens whenever the child or adult turns their back. It’s something a lot of people have thought about; how magical and fascinating would it be if your childhood teddy starts speaking and fondly recalls what you were like when you were a baby? I know I’ve thought about it.

More than anything, Toy Story is a story about friendship. To be honest, it deals with some big stuff. From what jealousy feels like to what losing somebody is like, Toy Story gets pretty deep. Through Pixar Disney has evolved into a different kind of storytelling. To me, classic Disney will also be the animated films of Cinderella and Dumbo. Modern Disney is Disney-Pixar and the CGI-created tales of Up and The Incredibles.

Toy Story is an inspiring and uplifting series and I can honestly say that I’ve enjoyed each of the films. I must admit though, I hope there isn’t a fourth offering. Toy Story 3 reached a logical and lovely conclusion and was a great end to a much-loved series.