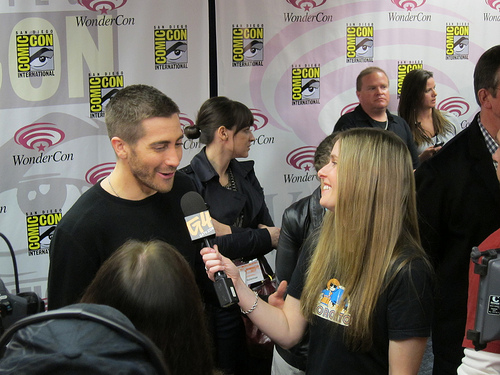 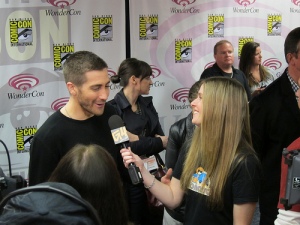 With the release of Prince of Persia: The Sands of Time just around the corner, leading man Jake Gyllenhaal has announced his desire to take himself less seriously as an actor. According to an interview with Reuters, Gyllenhaal is ready to see what fans of the original game will make of it.

Why the “I want to take myself less seriously” comment?

Gyllenhaal, 29, made his feature film debut in cowboy comedy City Slickers in 1991. Since then, he has steadily worked on almost one new film every year.

Science fiction film Donnie Darko was arguably Gyllenhaal’s breakout role playing the title character – an American teenager troubled by Doomsday-related visions. Though the film did not quite reach box office success, it has since developed a cult following with a special-edition director’s cut DVD released in 2004, three years after the film’s release.

Gyllenhaal then went on star in several box office misses including 2001’s Bubble Boy, which has a rating of 30% rotten on Rotten Tomatoes and has been described as full of offensive jokes that are more tasteless than funny.

Redemption came in the form of strong performances in Lovely and Amazing, The Good Girl and Zodiac. Ang Lee’s epic Western Brokeback Mountain in 2005 brought Gyllenhaal – and co-star Heath Ledger – to the world’s attention as audiences fell in love with the moving gay love story.

After roles as diverse as cowboy, U. S. Marine and shop employee, Prince of Persia is arguably Gyllenhaal’s first blockbuster role. While The Day After Tomorrow commanded huge special effects and an equally huge budget, Prince of Persia is a Disney film and, as Prince Dastan, Gyllenhaal is now experiencing all the thrills of leading-man-in-an-epic-Disney-blockbuster.

Through Jarhead and now Prince of Persia, Gyllenhaal has undoubtedly broken-free of his “sensitive yet disturbed” persona of earlier films. Gyllenhaal has grown-up and evolved on-screen and it is understandable that now, reaching his thirties, he wants to let his hair down and have a bit of fun with the roles he chooses. Fingers crossed that the “take myself less seriously” remark won’t be a kiss-of-death and that Gyllenhaal won’t have swopped one typecast for another.

Prince of Persia has its world premiere in London on 9 May and is set to be released in UK cinemas from 28 May.